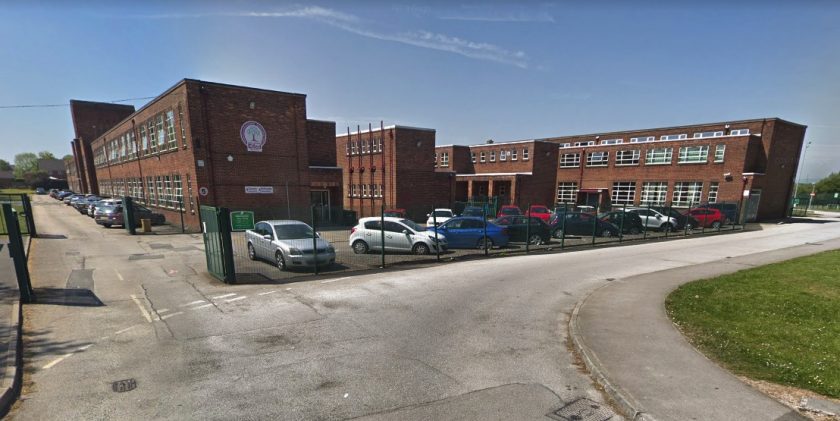 A secondary school in Flintshire has moved to distance itself from comments made by one of its teachers regarding the impact of cuts and redundancies.

A video was posted on Facebook over the weekend which showed Dai Edwards, head of Welsh at Elfed High School in Buckley, speaking out against budget reductions.

In the footage, which forms part of of the union-led School Cuts Cymru Campaign, Mr Edwards claimed he had witnessed an ‘unprecedented’ amount of redundancies in recent years, resulting in a negative impact on pupils.

However, it has since been deleted after the school’s headteacher described his comments as inaccurate.

Alistair Stubbs said Mr Edwards had been given a script to read by union officials, and while his comments were well intentioned, they did not show a true picture of the school’s current status.

He said: “At Elfed High School, we would like to distance ourselves from the comments made in the video and also refute much of the content.

The detail is inaccurate and does not reflect the situation at Elfed High School or within Flintshire as a local authority.

Continuing improvements mean that we are once again over-subscribed in Year 7 and have not experienced any redundancies for a number of years.

The local authority has made a number of significant sacrifices to ensure funding to our schools is protected and we are extremely grateful to them for this.

We have further increases to our teaching staff in September and continue to strengthen, an already strong pastoral structure, to provide our students with greater support than ever before.”

He added that Mr Edwards, who is a representative for the National Education Union (NEU), has since apologised for the clip.

The NEU, which is one of five separate teachers’ unions that recently joined forces to launch the anti-cuts campaign, has been approached for comment.

Overall, union chiefs claim Welsh schools have lost out on £58.9m in the last four years.

Despite education being a devolved issue in Wales, they said austerity measures from Westminster have led to the reduction in funding.

The Welsh Government said it had made more money available to improve education standards, but appeared to agree with their assessment.

In spite of this, we continue to prioritise education spending, which is why we recently announced the single biggest investment in teachers since devolution – a £24m package of professional learning to help raise standards in the classroom.”

A UK Government spokesman said: “In the last UK Budget more than £550m of extra money was given to the Welsh Government, meaning its budget will have grown to over £16.1bn by 2020.

As a devolved matter, allocating a proportion of these funds for education in Wales is the responsibility of the Welsh Government.”