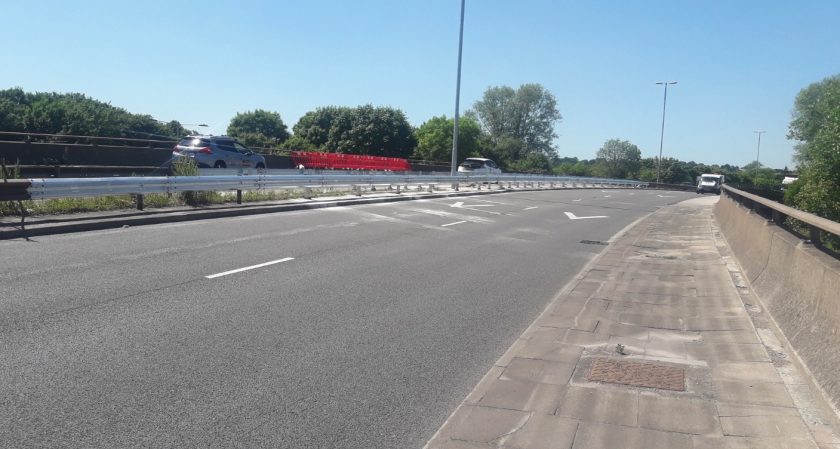 Work to replace a large section of barriers destroyed a lorry which overturned on the A494 last month has been completed.

An HGV crashed and overturned on the westbound carriageway of the A494 flyover at Queensferry on Wednesday, May 20.

The road was closed for overnight while recovery of the lorry took place. 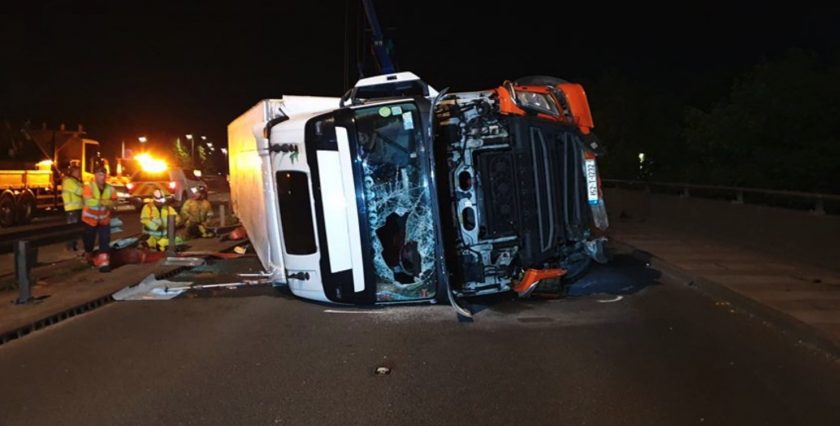 The driver, Piotr Zamorksi 44, was helped from the cab by the motorist who was nearby following the crash.

Zamorksi refused a breath test at the scene and was arrested on suspicion of drink driving.

He appeared in before Magistrates Mold on Saturday May 23 where he pleaded guilty to drink driving.

Zamorksi was handed a custodial sentence of 12 weeks suspended for 12 months.

He was also disqualified from driving for 30 months though that will reduce by 30 weeks if he completes a driving course.

Zamorksi was ordered to pay a victim surcharge of £128 and costs of £85.

The barriers were extensively damaged in the incident and both sides of the carriageway were reduced to one lane.

Work to replace the barriers and damaged lamp posts got underway last Thursday.

Traffic Wales said today work has been completed and all lanes are back open.