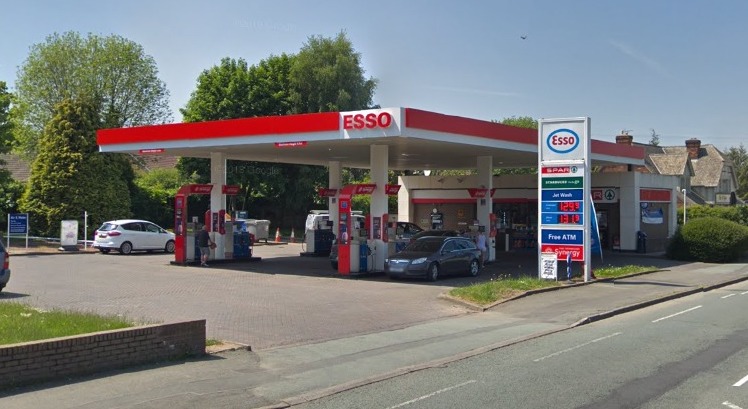 About 15 new jobs are set to be created after plans to redevelop a Connah’s Quay garage were given the green light.

Flintshire Council has approved the demolition of an existing Esso petrol filling station and convenience store on Church Street in order for them to be replaced with a larger facility.

The proposals were originally dismissed by planning inspectors earlier this year because of traffic concerns.

However, those issues have now been alleviated following the removal of plans for a drive-thru bakery.

A transport statement prepared on behalf of Euro Garages, which has more than 330 petrol stations across the UK, said the new development would not impact the safety of drivers.

It states: “The redevelopment site was previously subject to a planning application submitted in 2017 for the provision of an extended retail unit and provision of a drive-thru bakery.

“This application was subsequently refused at appeal, which was lodged in relation to the non-determination of the application by the local authority.

“The appeal was refused on two grounds, one of which related to highways issues.

“As part of the revised planning application supported by this statement, a number of amendments to the proposals have been made, this includes the removal of the drive-thru element of the development and amendments to the overall parking provision and layout within the site.

“On review of the data and given the nature of the local highway network and associated volumes of traffic, it is considered that the existing accident record does not demonstrate any pre-existing patterns or trends of incidents that could be affected by the development proposals.”

Cllr Paul Shotton, who represents the Connah’s Quay Golftyn ward previously said he felt the development would lead to a better shopping experience for residents in the area.

He also said it would lead to the creation of 15 full and part-time jobs.
Flintshire Council published a notice on its website this week, which shows that the proposals have been granted by its officers under delegated powers.