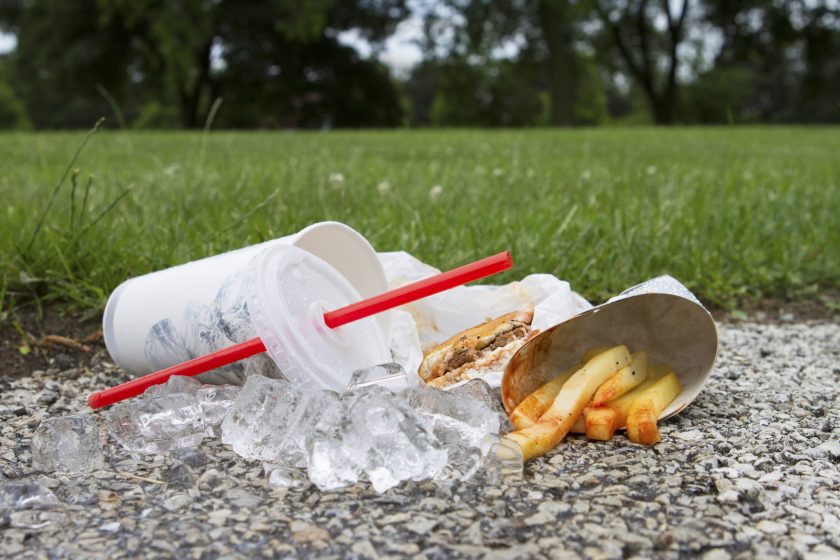 An anti-litter campaign could be launched in Flintshire amid complaints the issue has become worse during the coronavirus lockdown period.

A number of councillors raised concerns earlier this week regarding rubbish being dumped in their communities.

Enforcement patrols against littering had to be brought to a halt by Flintshire Council in March to protect officers from contracting COVID-19.

Although the team has recently resumed its work, officials said it was notable that the cleanliness of the county’s streets had declined in their absence.

Speaking at a virtual meeting of the local authority’s environment scrutiny committee held this week, regulatory services manager Ruth Cartwright said: “Unfortunately, due to the nature of the work the enforcement team do and the close proximity they have to be with members of the public, they haven’t been undertaking routine patrols.

“They’ve only been going to really targeted complaints we’ve received.

“I’ve witnessed it myself that the cleanliness of our streets and footpaths has really declined since the enforcement team haven’t been out there.

“I think people have really been taking advantage, particularly in leaving their dog mess behind.”

Cllr Paul Shotton, who represents part of Connah’s Quay, said he had recently collected more than a dozen dog poo bags left discarded in the town.

The litter problem was highlighted as councillors discussed an upcoming consultation on the renewal of two Public Space Protection Orders to tackle dog fouling and the people drinking alcohol in public on Tuesday.

He said: “It just goes to show how bad things have deteriorated while the patrols were not engaging.

“It’s pleasing to see now that we’ve got seven officers back patrolling the area.”

Meanwhile, Cllr Cindy Hinds said: “I just feel that over this period of coronavirus that the litter, the dog dirt and everything has got worse.

“I don’t know why, and it just needs sorting out.”

The council currently has seven officers and a supervisor responsible for handing out fines to people who drop litter, as well as those who carry out other offences such as dog fouling.

The service was brought back in-house after the authority ended its contract with a controversial external firm in 2018.

The idea of launching an anti-litter campaign was raised by the council’s deputy leader Carolyn Thomas.

Cllr Thomas, who is also cabinet member for streetscene and countryside, said it would be aimed at encouraging people to take responsibility for their actions.

She said: “I agree that litter has got worse under coronavirus and perhaps we should have a campaign regarding that with some posters and using *social media.

“It’s about people taking a responsibility for litter. We used to have the Keep Wales Tidy campaign and that’s something we should do in conjunction with Welsh Government as well.”

The suggestion was also fed back to Wednesday’s meeting of the ruling Labour administration and will be considered in the near future.

*Flintshire County Council uses Twitter to engage with residents, they have 17,000 ‘followers’ from a base 133,489 resident who fulfill the age criteria to use the platform, just 17% of the county population.

Flintshire Council is the only council in Wales not to use Facebook, according to the platforms advert management software there are approximately 53,000 Facebook users in Flintshire.