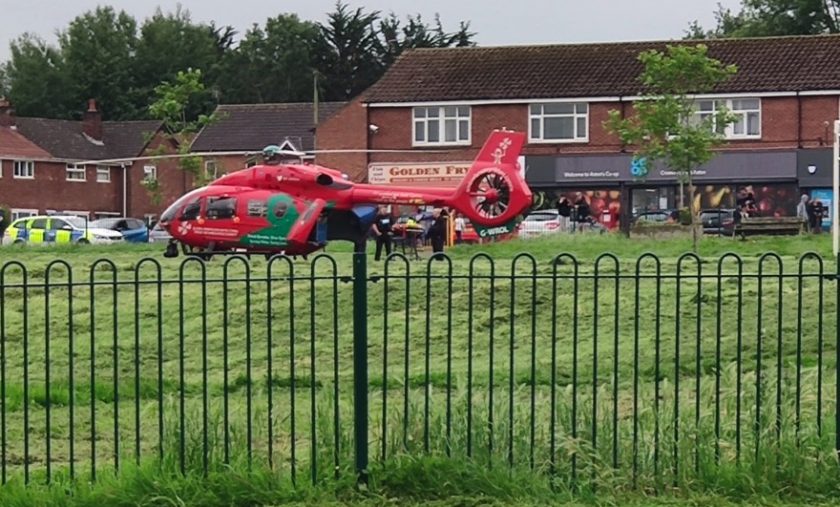 Update: An air ambulance was seen landing on Central Drive park in Higher Shotton this afternoon.

The ambulance service has said they responded to reports of an ‘incident’ on Larch Avenue this afternoon,

“We were called today, 9 July, at approximately 14:51 to reports of an incident on Larch Avenue, Shotton.

We responded with one emergency ambulance and were supported by Wales Air Ambulance.

One patient was transported to the Countess of Chester Hospital.”

The helicopter was spotted landing on Central Drive playing field at around 3.30pm.

Mike told us police were waiting to take the medics to another location.

The helicopter was on the ground for around 45 minutes before taking off at 4.12pm.

Air Ambo landing on Central Drive park around 3.30pm – just lifted (4.12pm) and looks to be heading back to its Caernarfon base [thanks to Mike for the video] pic.twitter.com/WKbLcBvjRm