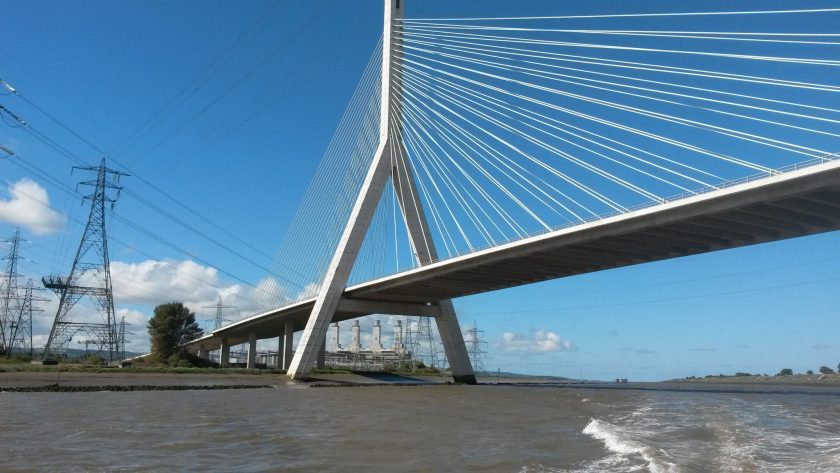 Update: Flintshire Council has said, “We have had confirmation that the Flintshire Bridge will be reopened by 9.30am.

Traffic moving as of 09:17 ,clearing fast ,I can see the bridge from my house

Earlier report: Police have closed the dual carriageway which runs across the Flintshire Bridge due to an ongoing incident.

Its understood police were called following concerns for the safety of a person on the bridge.

The road was closed at around 8.20am, drivers have been asked to find an alternative route while the incident is ongoing.

Coastguard officers from Flint have been called to the incident.

Flint RNLI Lifeboat is attending the incident, it was launched at 8.45am according to the RNLI website.

“The A548 Flintshire Bridge has been closed by North Wales Police following an incident.

We currently have no indication as to how long the road will remain closed.”

“Road closed and queueing traffic due to police incident on A548 Flintshire Bridge both ways from Kelsterton Road (Connah’S Quay Turn Off) to Chester turn off. The bridge was closed around 08:20, and is affecting traffic between Flint and Shotwick.”

The Flintshire Bridge (A548) is currently closed in both directions due to an ongoing incident. Please use alternative routes where possible. pic.twitter.com/BOJKmRIHDP