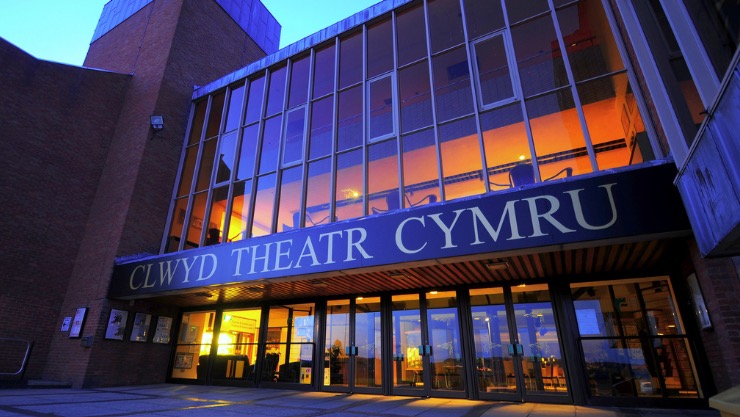 Flintshire County Council’s Cabinet will be asked to approve the detailed design and development work for the Theatr Clwyd refurbishment and to release funding to kick-start the project.

Cabinet has previously considered the feasibility study for Theatr Clwyd.

The preferred scheme consists of an estimated £30m re-development that both refurbishes the theatre and improves the experience for the customer and members of the local community.

The funding needed has been estimated at £22m from Welsh Government, £5m from the Arts Council of Wales and £3m locally, with £1m identified as being from the Council.

The estimated costs of detailed design and development are £1.2m, Flintshire council has allocated match funding of £330,000 while the Arts Council of Wales will contribute £1m funding it has also earmarked a further £5m for the project.

Welsh Government supports the scheme but says further information is needed before final confirmation of capital funding can be provided and has asked the Council to continue with the detailed design and development work to provide this information.

The scheme would not be able to go ahead without the commitment of funding from Welsh Government.

“This is an extremely important investment in this award-winning and principal drama production company in Wales.  Its five performance venues as well as its shop, restaurant and art galleries welcome a large number of visitors each year – benefitting the economy of Flintshire.

“This investment is greatly needed to further develop and modernise this iconic building and cultural destination and to improve the commerciality of the theatre and increase access for the local community.”

Theatr Clwyd is the largest producing house theatre in Wales, plays a nationally significant role in developing Welsh Theatre, and receives one of the largest annual revenue awards from the Arts Council of Wales.