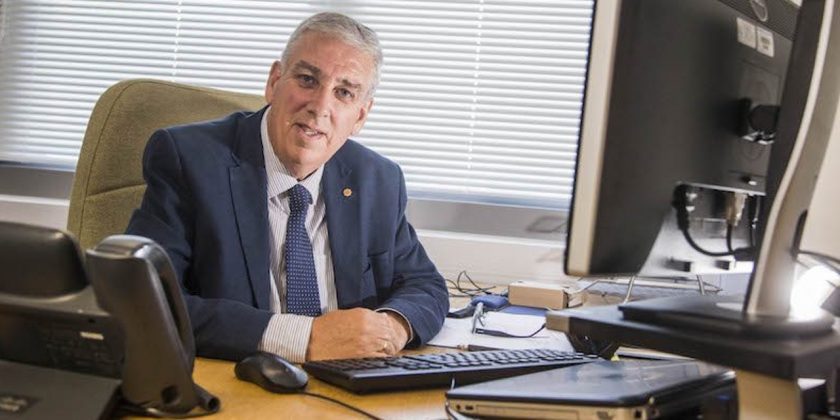 A police boss has unveiled plans for a 25p a week increase in the cost of policing to help him ramp up the crackdown on online sexual predators and county lines drugs gangs.

North Wales Police and Crime Commissioner Arfon Jones says the rise – equivalent to the cost of a one-minute landline phone call – would also enable him to set up a new Economic Crime Unit to combat the growing number of fraud causes.

The proposed 4.5 per cent increase, believed to be the lowest in Wales, would cost Band D householders just an extra £12.51 a year.

Under the proposals, the force’s Major Crime Team would be beefed up with an extra 10 officers while more than 20 new ancillary police staff would be recruited to support the Commissioner’s plans to protect vulnerable people.

The frontline would be bolstered with 16 additional response officers while there would also be five more community safety officers, including three new officers for the pioneering Rural Crime Team.

Mr Jones will be seeking the backing of the North Wales Police and Crime Panel for the proposed increase at a meeting on Friday (January 31).

An on-line poll conducted by the Commissioner’s Office has found that almost three-quarters of respondents support an increase of 4.5 per cent or more.

The poll has also given a ringing endorsement of the Commissioner’s policing priorities with 95 per cent backing his war on organised crime gangs and the drive for safer neighbourhoods.

His campaigns against domestic and sexual abuse and criminal exploitation also attract over 90 per cent support while four out of every five responders also support his crusade against modern slavery.

Mr Jones, a former police inspector, said: “I am pleased that we have again been able to deliver the lower percentage increase among the Welsh police forces while once again helping increase frontline policing.

“I am elected by the people of North Wales so it is also important that I listen to them and their concerns so it is also good to know that they approve of the policing priorities I have set out.

“I work with the Chief Constable and his senior team to ensure we are able to give him the tools to do the job and he has confirmed that this increase will provide the Force with the resources they need.

“I believe the proposed increase strikes a proper and prudent balance between affordability for council tax payers and making sure North Wales Police can continue to be an efficient and effective force making the region one of the safest places to live in the UK and protecting the vulnerable.”

The latest online survey also found that over 70 per cent had a positive view of North Wales Police’s performance and almost 80 per cent were in favour of the way the Commissioner has consulted with the public.

Mr Jones added: “The nature of policing has changed hugely and we are facing new and increasing challenges so the force must evolve and adapt accordingly.

“In spite of having to absorb the swingeing cuts we have faced over recent years, we are investing in our frontline, professionalising our frontline and making us fit for the future.”